Who are the Siddhas? 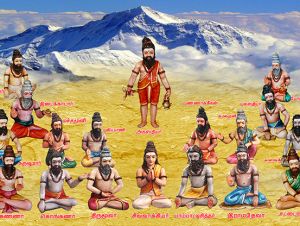 The generic meaning of the word ‘Siddha’ is that of an ‘Enlightened Being’. He or She is believed to have transcended the dualities of life and attained Oneness with the Supreme Being.

However, the term Siddha, as it relates to Tamizh (Tamil) spiritual tradition, has unique connotations. No doubt it refers to enlightened beings, but it means much more. Among the unique connotations ascribed to a Siddha in Tamil Nadu, is the belief that such a Siddha may continue to live on eternally, either in an astral form or, even in a human body that never perishes (sthoola shariram). Indeed, Tamil spiritual tradition believes that many such Siddhas or groups of Siddhas abide eternally on the earth plane, actively planning epochal events in alignment with the Divine Will and guiding humanity towards its ultimate destiny of merging with the Godhead.

Some proponents of the Tamil spiritual tradition place the Siddhas even higher than Maharishis and Munis in the hierarchy of Indian spiritual masters. According to them, Maharishis created sacred Gayathri chants for all forces (of nature) using their meditative power and passed it on to their disciples while Munis (Sages) performed yagnas to bind these forces. But, say these proponents, the Siddhas attained the highest possible proficiency in extraordinarily diverse and esoteric areas of human knowledge such as alchemy (known as Vaadhavitthai in Tamil), mantric arts, natural medicine and control of nature’s force (known as Paragnanayogam in Tamil) and yet offered all such knowledge ultimately to mankind.

Alchemy, for example, is much derided by the modern scientific community and tends to be associated with superstition. Yet, the Tamizh Siddha tradition holds that the Siddhas were adept at purifying various metals by using certain herbal extracts and transforming the same into gold or any metal of their choice; the resulting material that was obtained was used in the form of powder to cure diseases. Sometimes, the Siddhas combined various metals and herbs (representing various forces of nature) into a ball by combining several metals and herbs.

However, it was not the mere mastery of these esoteric arts but the complete and utter dedication of such mastery in every art to the welfare of mankind that sets the Siddhas apart. Thus, they believe that the Siddhas cannot be bound in any category unlike others. 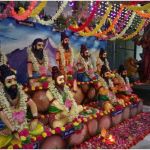 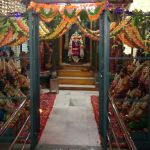