The Temple observes and conducts several poojas once a year. While some of these poojas are traditional, Hindu festivals or observances, many are unique to the Temple and can be traced back to instructions revealed by the Divine Mother, Annai Aadhi Parasakthi during Arul Vaakku. 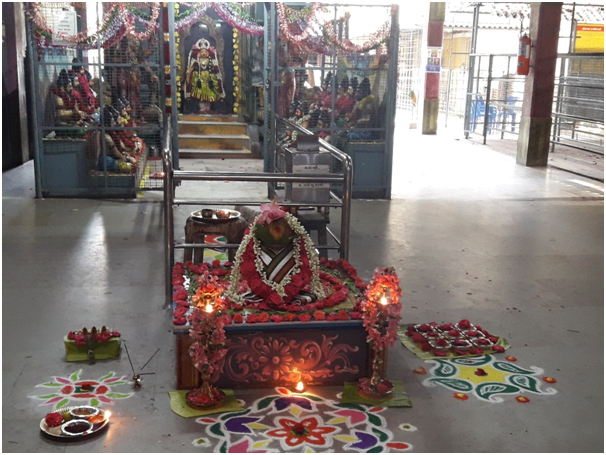 Mandhira Paavai Jayanthi is celebrated on the day of the Poosam star  in the month of Chithirai (according to the Tamil calendar); this month corresponds to mid-April to mid-May in the English calendar. It’s believed in the Siddha tradition to be the day when the Divine Mother Mandhira Paavai first revealed Herself to mankind. There is no fee to participate in this Pooja. 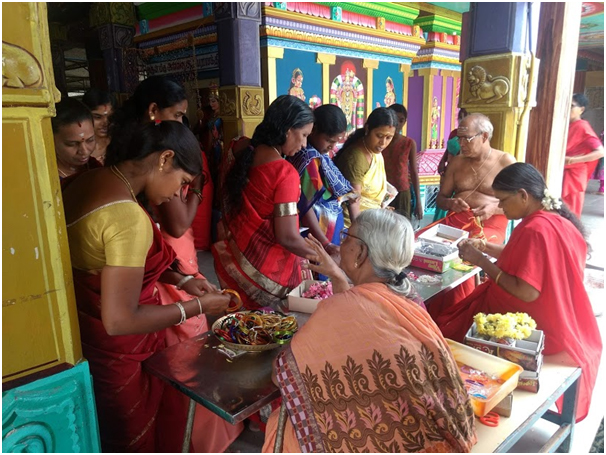 Aadi Pooram is celebrated during the Tamil Month of Aadi on the day of the Pooram star, also considered the Jayanthi (birthday) of Goddess Andaal, an incarnation of Goddess Lakshmi. In Hindu tradition, female deities are decorated with bangles on this day, as a representation of “Mangala Sakthi”. Accordingly, the temple, Divine Mother Aadhi Parasakthi and Divine Mother Mandhira Paavai are adorned with glass bangles. These bangles are then distributed as Prasadam to women devotees who visit the temple.

Navarathri is the nine nights and ten days Hindu festival, usually celebrated during the Tamil month of Purattasi (mid-Septmeber to mid-October of the English calendar). It’s celebrated slightly differently in different parts of India, but the common theme is generally the veneration of the Divine Feminine. At our temple, it’s celebrated joyously with 10 different alankarams (one for each day) for Divine Mother Aadhi Parasakthi, each celebrating a specific aspect or manifestation of the Divine Mother. Come and bask in the shower of Her divine grace on all the 10 days.

Guru Poojai is celebrated on the 11th of September of every year. It’s a single special day to pay our respects to the 18 Siddhas who are present in a yogic state in front of Divine Mother Mandhira Paavai at the temple. It is believed that, on this day, the 18 Siddhas come out of their meditative state and bless the devotees who seek their grace. Special Velvis (Yagnas) are performed on this day. It also marks the day when a new Siddha (out of the 18 consecrated at the temple) is believed to take charge of administering the temple (in a spiritual sense) until 11th September of the next calendar year. 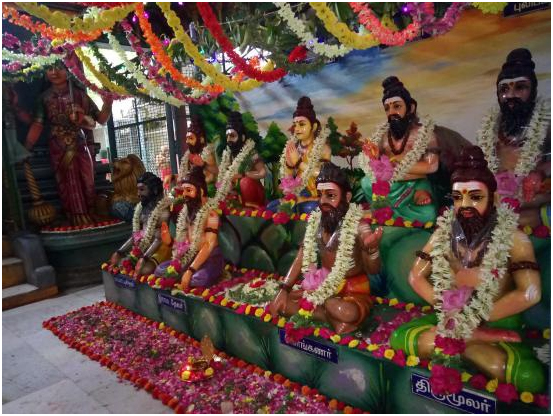 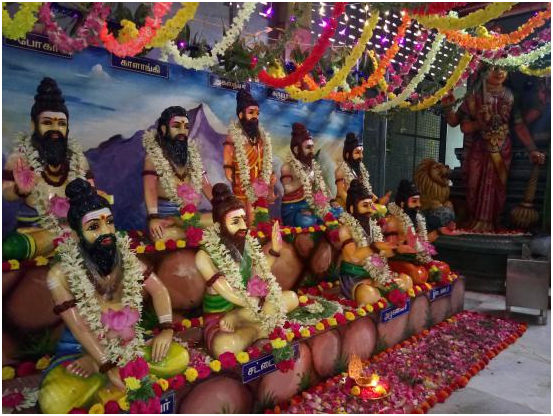 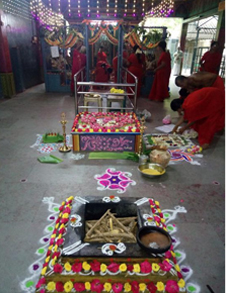 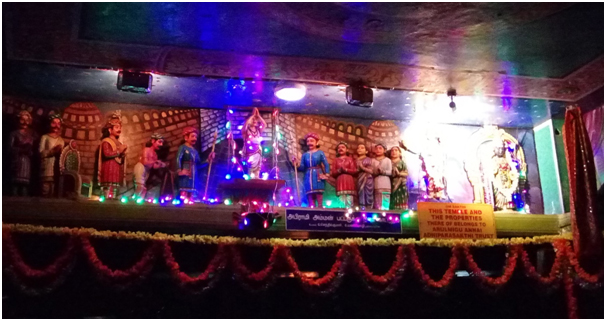 Thai Amavaasai is celebrated on the New Moon day (Amaavasya) of the Tamil month of Thai (mid-January to mid-February of the English calendar). On this occasion, an audio-visual presentation is made at the temple about the 18th century historical event of how Goddess Abhirami of Thirukkadaiyur in Tamil Nadu, made the full moon appear on the horizon on a New Moon day.

This was in response to the ardent prayers of Subramania Iyer (later known as Abhirami Pattar) who had, in a state of deep spiritual absorption and unmindfulness of the world, erroneously told the king that morning that it was a Full moon day, when it was actually a New Moon day.  The 100 prayers (poems) thus composed later came to be known as Abhirami Anthaathi and are sung even today. 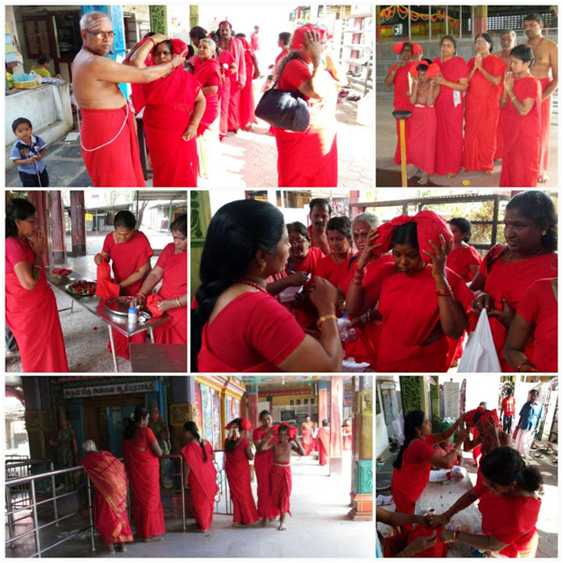 Irumudi is a devotional procedure which enables us to remove our past and future sins through our bhakti towards Annai Aadhiparasakthi. It is a very powerful worship as the devotees undertake a Vratam (Viratham) for three consecutive days after which the Irumudi Samarpanam is done at the temple.

Procedure to undertake the Vratam: 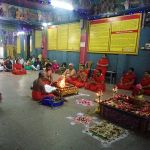 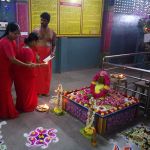 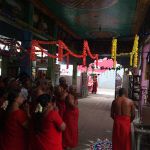 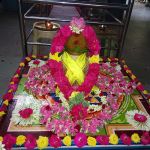 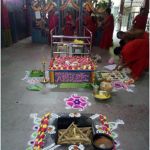 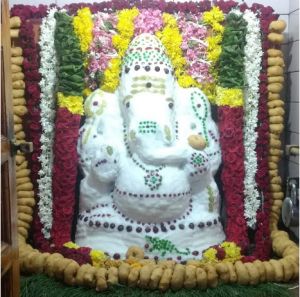 Annabhishegam is celebrated in our temple on the Pournami (Full-moon) day of Aippasi Month. On this day, Lord Ganesha is given an alankaram with cooked rice, food, fruits and vegetables. The food items which was used for the Alankaram is later provided as Prasadam.

Milk is considered to have a cooling effect. The Paal Kudam worship provides a very auspicious occasion to the devotees to cool their life problems and strained personal relationships by offering milk to the Divine Mother Adhiparasakthi.

Come and join in this special worship and get Annai’s Arul.